Our mission is to provide our clients with a competitive advantage both through our pricing and our forward-thinking approach to support and guide them in their business decisions and appeals to the courts.

As we have mastered the intricacies of law and business, we offer simple, financially efficient, and tax-optimal solutions. Thanks to our multi-talented team, we foster innovation and strategy in all aspects of the law.

Entrepreneurship – Let’s talk business
We save you impenetrable jargon and irrelevant discussions. You get pragmatic, results-oriented solutions in clear, transparent language, with a level of service beyond your expectations.

Proximity – Good size, good attitude
We take an agile approach while offering a full range of business services. The most successful business relationships are based on trust, respect, and the common will to see you prosper. 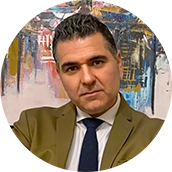 An exceptional speaker and peerless popularizer, Maître Eric De Louya has specialized in civil and commercial litigation for more than twenty years. His very diversified practice has led him to represent his clients in the context of cases relating to conflicts between shareholders, contractual disputes and injunction requests. He also works in many other areas of law, namely real estate law and construction law, in trust and inheritance law, in franchise law, in employment law, in administrative and regulatory litigation as well as in defamation matters.

A seasoned litigator, he has defended cases before all courts, from the Court of Quebec to the Court of Appeal, and before almost all administrative tribunals in Quebec, from the T.A.Q. to the Régie du logement.

In recent years, Me De Louya has developed a keen interest in class action law, having been the first in the world to institute a class action lawsuit against the giant Apple, which is still ongoing. This remedy, which has been copied worldwide by many other claimants, has already generated hundreds of millions of dollars in compensation and penalties imposed by various government bodies for its members internationally. Since then, Maître De Louya and his partner, Maître Tom Markakis, with whom he shared the school benches in Sherbrooke between 1995 and 1999, have instituted other collective actions that are just as interesting and potentially beneficial for members of the target groups. 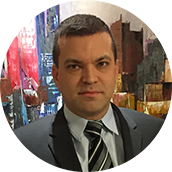 Graduated from the Faculty of Law of the University of Sherbrooke in 1999, Maître Markakis was admitted to the Bar in 2001. In 2002, Maître Markakis started his own firm with his long-time partner Me Eric De Louya with the aim of providing legal services to local businesses. Me Markakis for his part has developed a vast network with entrepreneurs in the Greek community of Montreal as well as many clients in Canada and the United States, including manufacturers, importers, real estate agents, retailers and suppliers. Services.

Me Markakis has ensured the growth of De Louya Markakis into a dynamic commercial law firm with a varied clientele.

In addition to his expertise in franchising, operating authorization by license and real estate, Me Markakis has expertise in the banking and financial sector, in the field of share and property purchase transactions as well as in the arbitration of trade disputes.

A seasoned negotiator and litigator, Me Markakis has earned the respect of his clients as much as that of his adversaries.

Me Gagnon has been a member of the Bar since 2008 and has since mainly dedicated his practice to civil and commercial litigation.

Me Gagnon has developed a practice focused on real estate law, construction law, insurance law, as well as inheritance law, and has maintained an interest in family law.

After practicing in other firms in downtown Montreal, Me Gagnon joined De Louya Markakis in the summer of 2019.

Me Louis Karkaselis was admitted to the Quebec Bar in 2020.

Me Karkaselis joined the team of De Louya Markakis as an intern and since then has developed a diversified practice in the field of civil and commercial litigation.

Gifted with a growing intellectual motivation regarding the evolution of law and jurisprudence, Me Karkaselis stands out for his attention to detail, his efficiency, and his rigour.

Join our team
Go to Top